Noticias Basura Cero Global agosto 18, 2015
0 Comments
As the global population grows, it is also becoming more city-based with 70% expected to live in urban areas by 2050. It is a trend that has not escaped sci-fi in Hollywood, which reimagines the city of the future again and again, but there are those trying to bring sustainable cities to life in reality.

Truly sustainable cities of the future will not differentiate between waste and resource. Rather, they will understand waste as the starting point for something new. Ideas and initatitves are taking shape that provide a glimpse of how we could build our urban environments more sustainably in the future.

Cities are gradually becoming the mines of the future, while traditional mines dry up. Natural resources required for the production of construction materials like sand and gravel are depleting , but stand in huge piles in our urban environment.

The technology to recycle copper has been in place for decades and specialist firms already recover the metallic waste from old electrical cables.

But Professor Thomas Graedel of the Yale School of Forestry and Environmental Science, pointsout that buildings not only store materials to be recycled, but also help save the large amount of energy needed to mine new raw materials.

The reuse of aluminium, which could be recycled from buildings, needs only 5% of the energyoriginally required for its production. Aluminium is extensively employed in buildings, but these are remodelled and deconstructed periodically, thereby freeing the aluminium for recycling.

At the Design Academy in Eindhoven, Tom van Soest, co-founder of StoneCycling, developed a method to pulverise recycled building materials from demolition sites to create a new type of stone that can be turned into products like surface materials and tiles.

Elsewhere in the Netherlands, designer Mieke Meijer and design studio Vij5 have created NewspaperWood which, as its name suggests, is a wood-like material made from recycled newspapers.

Other producers like US company ReWall, have developed a material that is made out of 100% reused, shredded beverage cartons in a process that uses no water. The recycled material was intended initially for interior wall cladding but when pressed together can also function as a structural building material.

Other materials are designed envisioning a second life as a building material. Alfred Heineken, owner of the famous brewery, designed the so-called “world bottle” with architect John Habraken in the 1960s. The bottle was a box-shaped version of the round glass bottle that once emptied, could be used as a brick.

The United Bottle project is based on a similar concept. The plastic bottles lock into each other without mortar and form an effective brick bond. It’s an idea with the potential for commercialisation, but Heineken’s world bottle failed 50 years ago because of fears it would not go down well with consumers and today the industry is similarly hesitant.

The possibilities can be expanded even further if we define waste beyond what we throw away to include anything that appears momentarily as worthless, superfluous or disgusting. These can include biological materials derived from bacteria or fungi.

Henk Jonkers of the Delft University of Technology has developed a process that mixes bacteria and nutrients to create a self-healing concrete. Concrete can crack easily under pressure but by embedding calcite-precipitating bacteria into a traditional concrete mixture, smaller cracks can be closed.

In New York, Ecovative is growing materials made from agricultural byproducts and mushroom mycelium. The mycelium, once its growth process is inhibited by lack of light and heat, turns into strong materials with structural parameters comparable to stone and concrete. This material debuted as a structural building component in the summer of 2014 in a collaboration between Ecovative and New York-based architects The Living.

Origen: Three ways we will build the cities of the future from waste | Guardian Sustainable Business | The Guardian 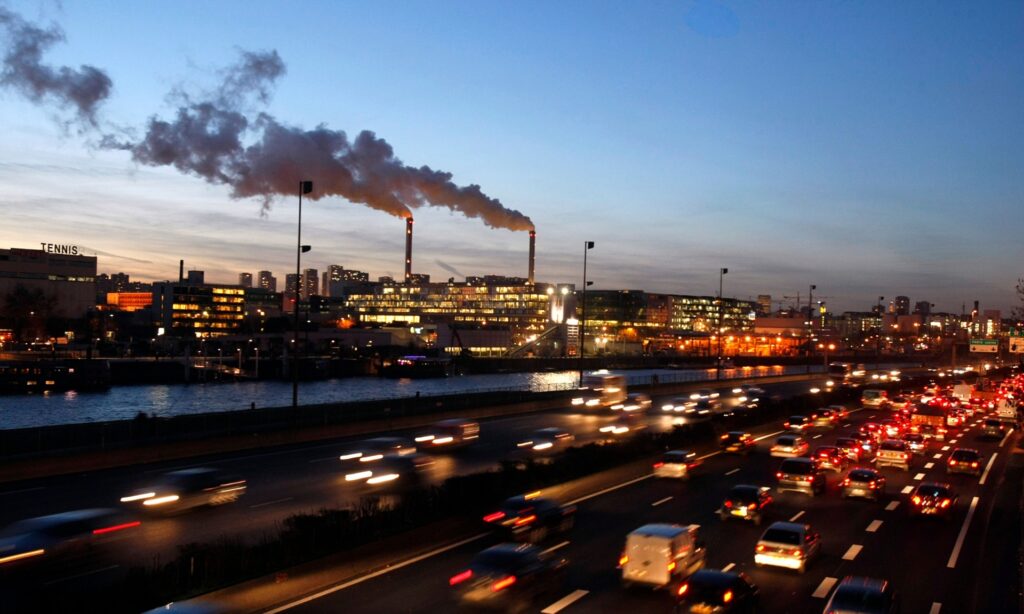